What to do if you are an advertiser?

Sign up, create your first campaign and measure its performance with real-time analytics

Once you have signed up and are logged in as an advertiser, you will access the main panel. This panel consists of the following:

In this chart, under the advertiser's panel, you will see the campaigns that have been created. Here you will find a brief description of some of the items in the chart:

STEPS TO CREATE A CAMPAIGN

Customize your campaign in four steps. 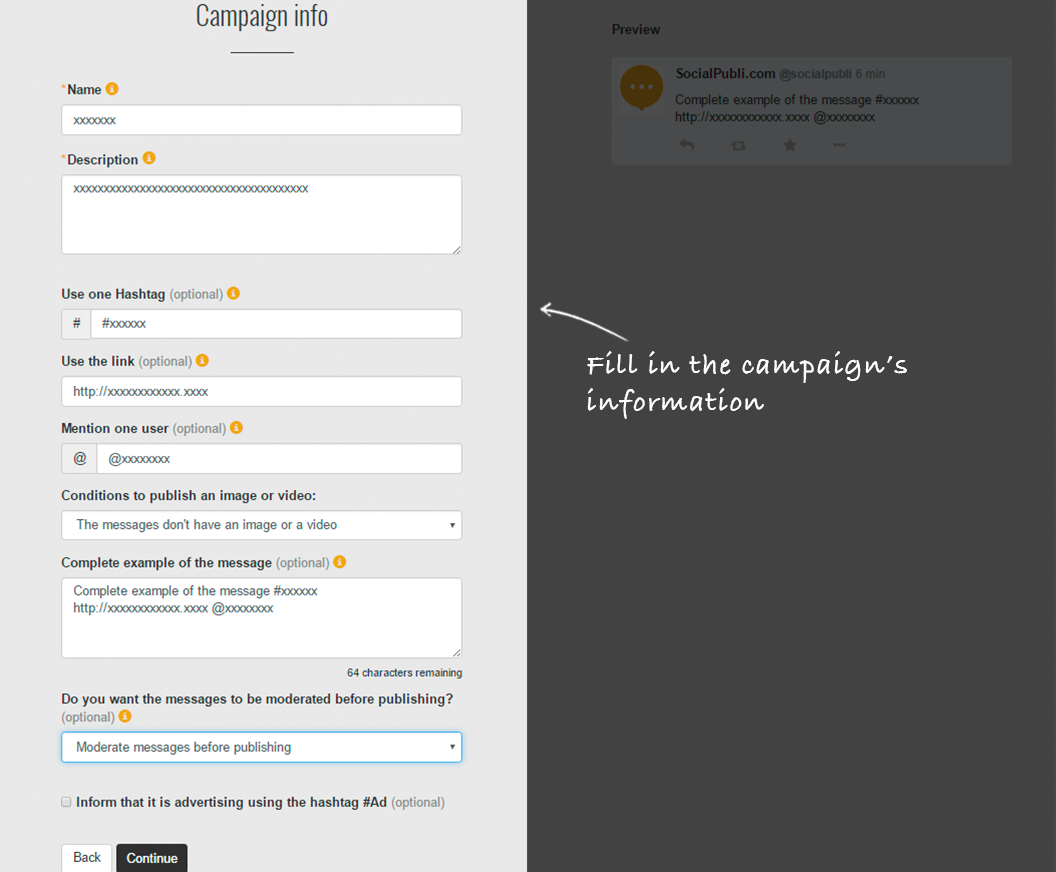 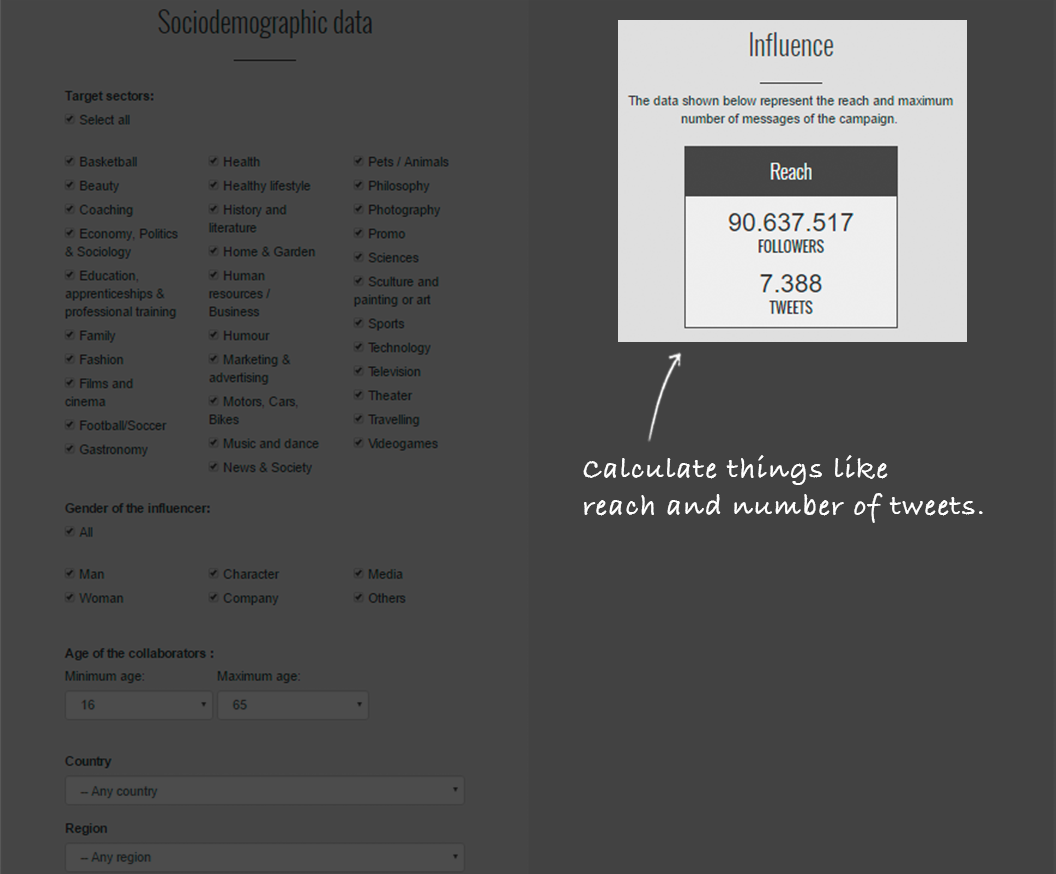 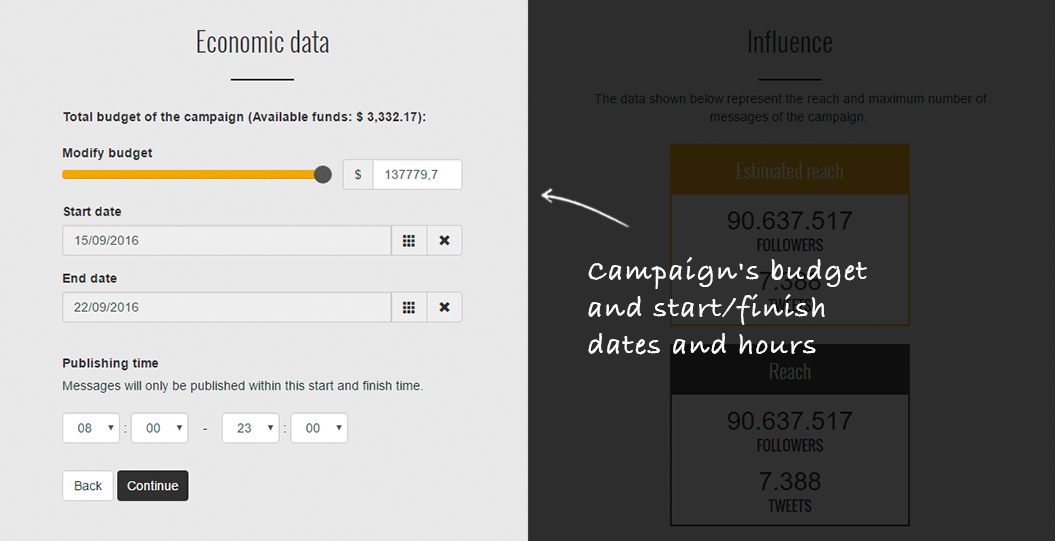 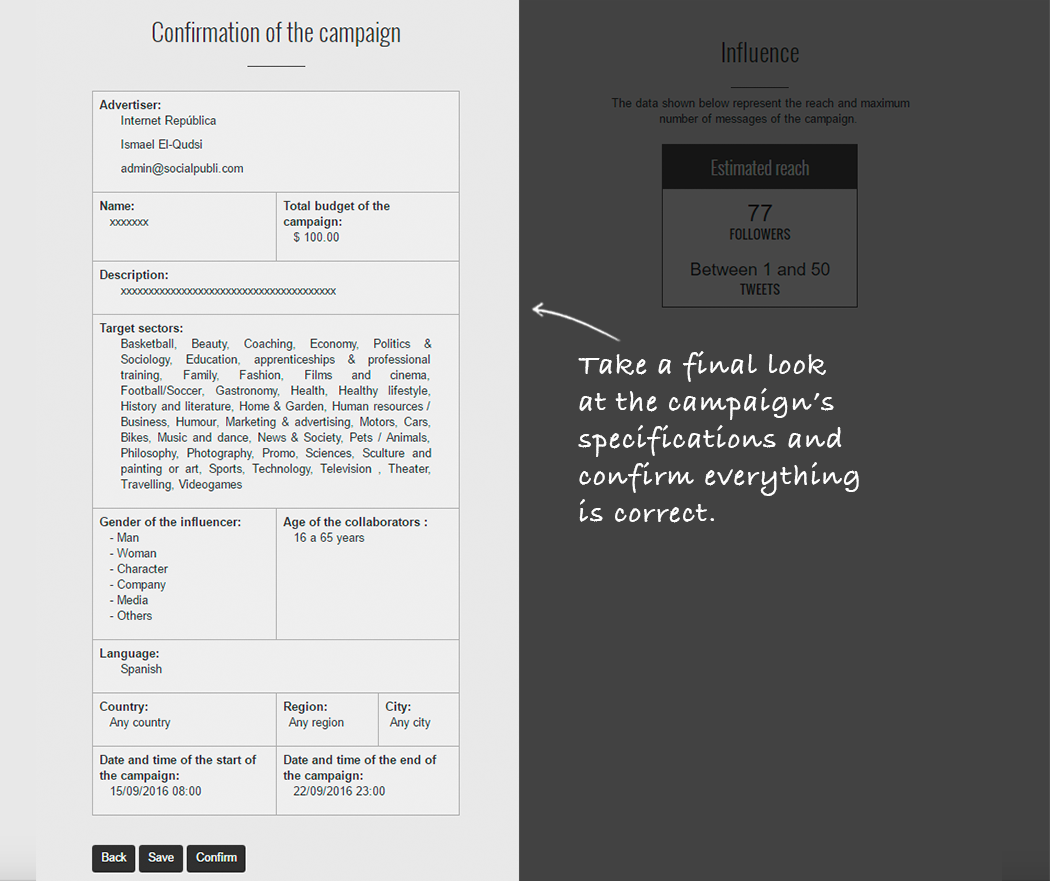 Participation of influencers in a campaign

The advertiser’s panel shows a grid with information about all of your campaigns.

View graphs and charts showing the activity and impressions of your campaign, the top frequently used words on the messages related to your campaign and the influencers with most followers who have participated on it.

View your available funds and recharge your account if you wish. This page contains: