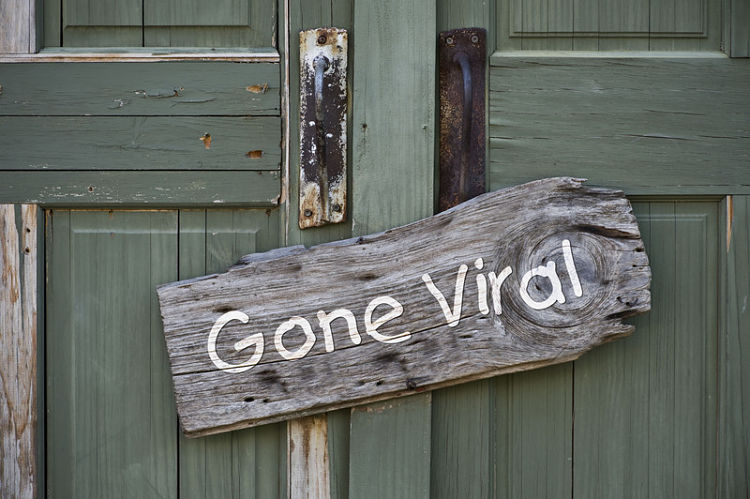 The first virals on the Internet

Our lives would be a little less exciting without all the entertainment that memes and viral posts have given us.  The Internet (and its users) never cease to surprise us with their flashmobs, fails, funny songs, and clothes that separate the planet into two sides.  But, — how has this panorama changed over the years?  Were viral posts any different in the last decade?  Let’s take a look at the first ones that appeared on our screens.

E-mail chains were the beginning of interaction of users all around the world.  Amusing presentations were sent around, always with the “threat” that you wouldn’t find love or you would have bad luck if you didn’t share it.  It was also the beginning of rumors and “fake news”.  Maybe things haven’t changed that much after all!  But the one thing that will never change is what moves us to share:  emotions!

6 minutes of pure entertainment got ten million visits in two weeks,-  something truly exception at the time.  We can’t compare it to Gangnam Style!  But it was the most seen until the end of 2009, when we saw the arrival of …

Babies have always been one of the biggest sources of viral content.  And if you put them together with animals, it can be an overload of cuteness.  “Charlie bit my finger” is the best example of this.  You don’t need anything more.  A baby is laughing while it bites the finger of its suffering older brother.   Nowadays this would have a lot more competition and we are accustomed to a faster pace, so today this would probably have to be part of a series or a collection.  David After Dentist is another classic, which will definitely make you smile.

The “Star Wars Kid” goes all the way back to 2002, when Google was barely 4 years old.  A young Canadian filmed himself with a stick, fighting against invisible enemies.   Some of his classmates found the video and shared it on the Internet. Although today the parodies would be out within just a few hours, it was a week later when the modified version came out with the youth fighting using lightsabers.  Popularity on the Internet was unexplored territory, and there wasn’t much attention given to the emotional damage that might be caused.    And what about Edgar and His Fall?

Before asking ourselves what does the fox say, or about the interminable videos of Nyan Cat, we were fascinated with animals like this cat that apparently learned how to play the piano…. with its eyes closed.

That is the question.  Brands have always wanted to be part of posts that go viral and their millions of “free” visits.  With $50 dollars, Blendtec created a style of video in which they destroyed the most disparate things with their  blenders.  With a tone of parody harking back to the 90’s, they obtained a 700% increase in the sales of their blenders.

What viral posts will the future have in store for us?  The fun part is that we can’t know, so just let yourself be surprised by the next fidget spinners and “the floor is lava”.  Will we find the answer as to whether the dress is black and blue or white and gold?  This is easier, because it has already been explained here.

How to do “classy” clickbait