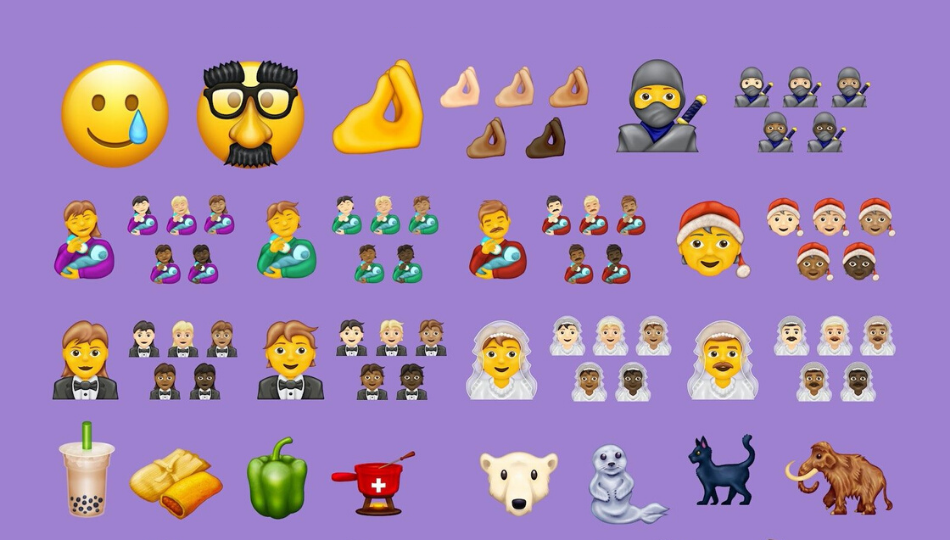 As every year, Unicode introduces new emojis and although they say they have listened, especially to users… the croquette symbol is still missing, which is a very important thing in SocialPubli daily lives. But… to overcome the trauma, let’s check out the emoticons that do come.

Already in the last update, Unicode included gender-neutral and redheads emojis to show greater diversity, but this year they have expanded the possibilities.

First, they have included the transgender flag and symbol among the new emoticons, as a sign that diversity is not only in skin color and thus giving visibility to the reality of many people.

However, they don’t forget about skin tones, something they have included in all the new people’s emojis. Of this group, one of the favorites on social media has been pinching fingers imitating an Italian. But they’re not the best. 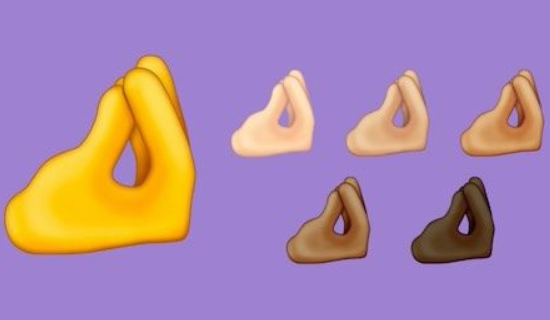 The highlight of this group of emojis is the one with a man feeding a baby. Let’s remember that previously, there was only the woman breastfeeding. With this inclusion, according to Jennifer Danil, the Design Director for the Emoji Program for Android, they want to value that “the lack of breasts does not prevent the man from feeding a baby”. They have also included a man in a wedding veil and a woman in a tuxedo. 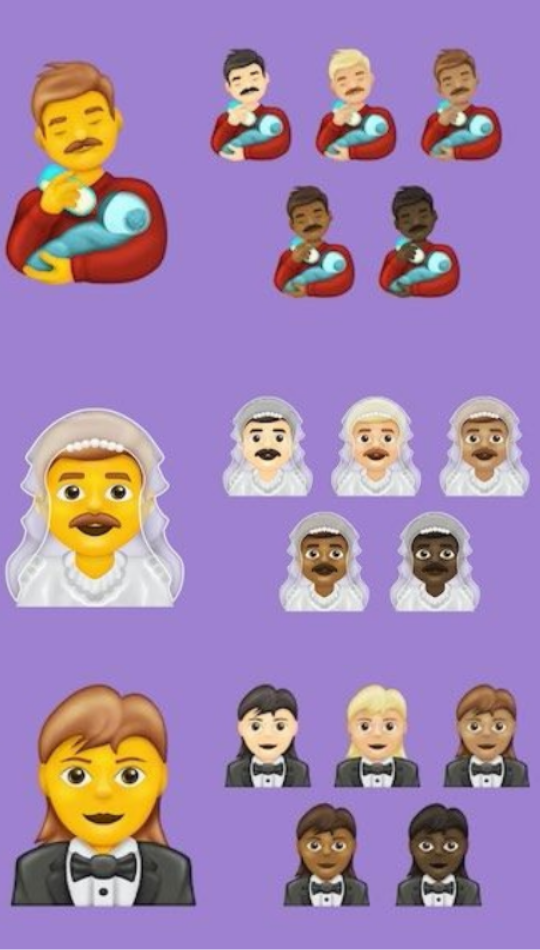 Unicode discovered something we didn’t know we needed

Probably, before we knew about these new emojis, no one had ever asked for them, but now we need them. The real revolution was the emoji smiling with a tear. We didn’t think we needed a symbol for this, but now we want it to be on our phones now.

By the way, they won’t be here until summer… or later.

The same counts for food. It’s possible that (almost) no one uses bubble tea, tamale or green pepper. Let’s admit it, we only use food emojis for the double meaning or for the food of enjoyment: pizzas, burgers, potatoes. Nobody ever used the broccoli emoji; you can’t fool us. However, here we are, waiting for the croquette.

In the group of animals, we also have a bison, a mammoth or a cockroach, among others. We are sure that the last one will be used, but not for positive purposes.

In everyday objects, which we currently find on our keyboards, we have intimate hygiene symbols, such as the shower, the sponge and even a bathtub, for the most relaxed users. Now, the toothbrush arrives, too.

Despite the new features presented by Unicode every year, in the end, the most used ones are the classics, and data proves it. In 2019, the most used emoji was the face of laughter, followed by the heart, the crying face and the eyes with hearts. Being the only one not to express emotions in the top 5, the flame stands out. Although, when it comes to its use on social networks, it is normal that it is one of the most popular.

And for you… which is the emoji you’re still missing? And which emoji do you like the most among the new ones?

TikTok or Instagram? Depends on who you’re trying to reach!